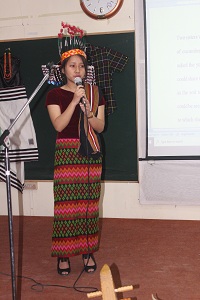 In 2016, the United Nations General Assembly adopted a resolution proclaiming 2019 as the International year of Indigenous Languages based on a recommendation by the Permanent Forum on Indigenous Issues.

The aim is to raise awareness of the consequences of the endangerment of indigenous languages across the world and to establish a link between language, development, peace and reconciliation 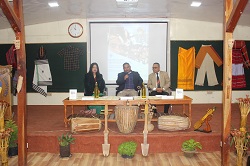 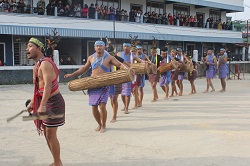 In order to commemorate this, the Department of English and Communication, Martin Luther Christian University held a two day special event with an aim to raise awareness of the crucial role languages play in people’s lives. The event is also aimed to create awareness on the vital role played by each indigenous language found spoken in the North Eastern Region of India and to protect, preserve and promote linguistic diversity. 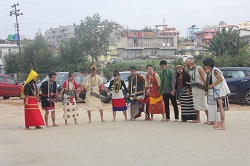 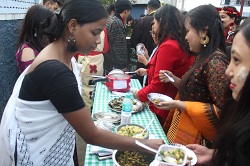 The event was inaugurated on the 19th of November 2019 at MLCU Main Campus, Nongrah. A highlight of the inauguration was a panel discussion “Protect, preserve, promote the indigenous languages of the Northeast ” with Shri. Fabian Lyngdoh, former MDC and faculty of MLCU, Prof. S.K. Singh, Head, Department of Linguistics, NEHU and Ms. Lorinda D. Marak, Asst. Professor, Department of Garo, Shillong College, as the panellists. 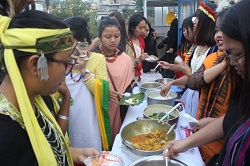 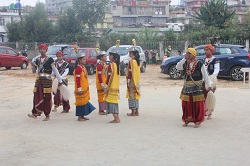 The main point that was brought forth during the discussion was the fact that indigenous languages are slowly becoming endangered because of the fact that people living in the modern generation hardly speak their mother tongues or indigenous languages. The panelists also expressed that the conservation and strengthening of a language should start from within and should be inculcated by the individual as institutions can play only a limited role in this respect. The inculcation of language should be in a way that language becomes a medium of self-categorisation and identity. 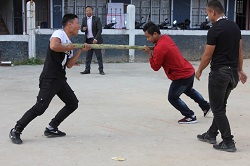 The panelists were also of the opinion that oral traditions cannot be relied on anymore and the time has come for writing to be used as the tool for the preservation of language. Suggestions were also made of means that can be adopted to preserve indigenous languages such as corpus planning or the creation of texts and dictionaries. Another way of language strengthening that institutions can adopt is the inclusion of content regarding culture and traditional language in the primary education syllabi.

The 2nd day of the event started with a story telling programme where students from different communities like Garo, Arunachal Pradesh, Khasi, Mizoram, Pnar and others narrated their community folktales. The two-day event was brought to a close by the playing of traditional games where students displayed and demonstrated the games and sports that their communities used to play during festivals and gatherings. 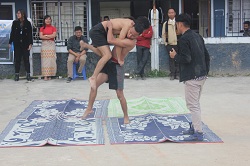 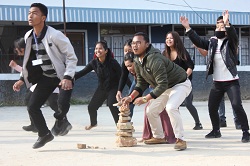