Masters of Arts in English Literature

The prime focus of the Masters of Arts in English Literature programme is to study culture vis-à-vis literature and to train students in the knowledge of literary theories as necessary tools to read narrative texts from various ideological perspectives. The engagement of colonialism with literary culture in India is too deep and invasive for the disciplinary expansion of English pedagogy to be studied with Britain as the only or chief focus.

Understanding the curriculum as an ‘activity’ rather than a repertoire of texts, this course aims to help students study texts in the context of the imperialist mission of Western hegemony. In light of this, the course structure encourages a sustained cross-referencing between histories of England and its colonies, thereby instilling a sense of appreciation of a people, their cultural beliefs, lifestyles, traditional practices, and forms of expression reflected through literary art forms. Indigenous literature, written in or translated to English, thus constitutes a major aspect of the course for a systematic and critical study of local cultures and aesthetics which otherwise, have been rather understudied, underappreciated and misrepresented in hegemonic narratives.

Interested candidates can apply through the prescribed application form and submit it via email at hrofficemlcu@gmail.com.

Information and Consent form for parents and students
‣ 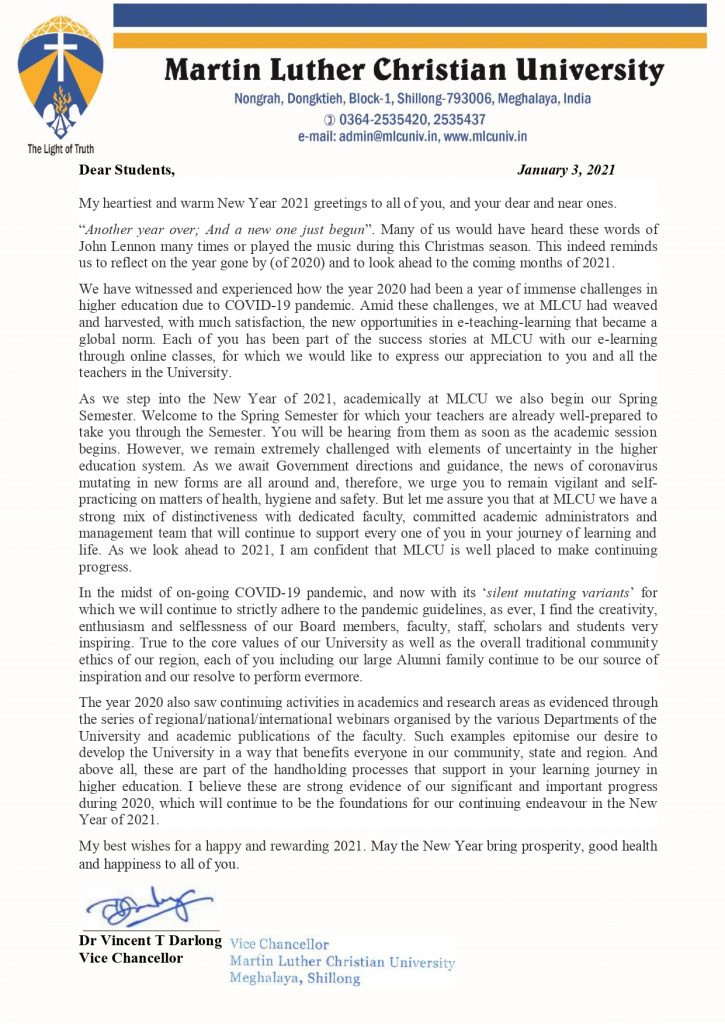