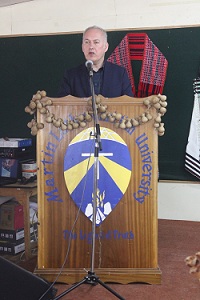 The first Thomas Jones oration was delivered at Martin Luther Christian University, Shillong on the 19th of November 2019.  The oration was delivered by Prof. Andrew May, the great great grandson of Thomas Jones. Prof May, in his oration spoke broadly about the Welsh missionary, his life and work and especially about his time in India that he spent working with the people of Meghalaya and Assam. He also talked about his childhood when he came into contact with the ideals and principles of Jones that not only influenced him but also had a lasting impact on people throughout the centuries. The oration was followed by a release of Janet Hujon’s Tales of Darkness and of Light. The book is a translation and commentary of U Soso Tham’s Ki Sngi Barim u Hynniewtrep. The book was released by Smti. Sarahline Giri Tham, the great great grandniece of Soso Tham. The book is Hujon’s attempt to reflect Soso Tham’s stand on the meaning of being a Khasi. In it, the author honestly portrayed the social customs, religious rituals, philosophy and value system of the people as portrayed by Tham in Ki Sngi Barim u Hynniewtrep. 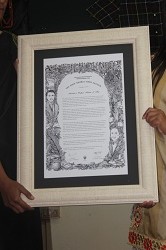 Smti Sarahline Tham, speaking at the release, expressed her appreciation to the University and the author for the translation work that sought to make the timeless verses of the great bard more accessible to readers. She also expressed hope that the lessons that the poet attempted to teach would continue to resonate in the readers of this day and age. 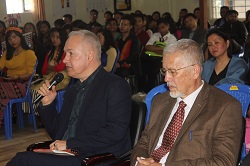 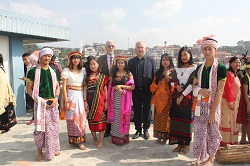 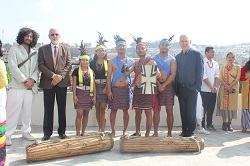 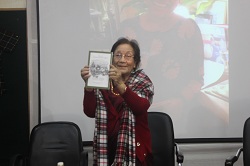 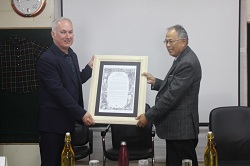 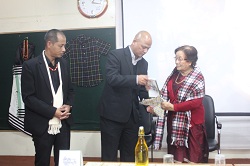