MLCU in collaboration with North East Network and Centre for Health and Social Justice (CHSJ) New Delhi organised a three day workshop on Gender and Masculinity from the 15th to 17th January 2020 at its premises.

The resource persons of this workshop are Dr. Abhijit Das, Director and Satish Kumar, Assistant Director, CHSJ, New Delhi. The workshop was attended by the faculty of MLCU and staff of NEN. 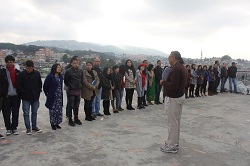 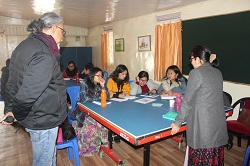 Throughout the three days, there were extended, in-depth deliberations on much debated gender issues like gender roles, patriarchy, women rights, oppression, gender stereotypes, violence besides many others.

The workshop started off with an examination of gender and sex both as a biological and social construct where it was said that social expectations lead to various elements of gender being imbibed, normalised and eventually practiced often running the risk of oppression of a weaker sex by a dominant stronger one. 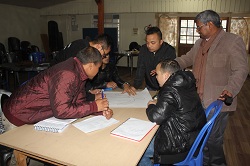 Further, there were also discussions on how social restrictions lead to gender restrictions made worse by other factors like ethnic and economic restrictions. There were also discussions on matrilineal and patriarchal systems and how they have a larger bearing on the operation of the social systems. These discourses were carried out with emphasis on Meghalaya and the North East. Issues like power and privilege in the struggle for women empowerment were also examined. 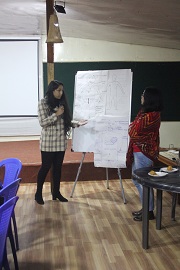 Regarding masculinity, it was emphasised that the concepts of masculinity and femininity are elements that transcend gender and sex and most often it is social conditioning that influence mindsets and give rise to stereotypes. These ideas and stereotypes creep into various social spheres and even dictate things like the distribution of chores in the family. Hence an urgent need was felt to redefine the concept of masculinity and femininity different from the one that is propogated through elements like the media. Violence, as a negative coping mechanism was also brought forward in the deliberations on masculinity.

The key solutions that were put forth during the three days were that social equality and justice are causes that should be championed not only by feminists but by everyone who has a concern for these issues. There should also be a proper distribution of roles and responsibilities, including responsibilities of parenthood and family planning, between male and female members in the many spheres of society starting from the family. A need was also felt to educate children and make them gender sensitive from an early age. The efforts to bring about change should be collaborative and not conflicting between both genders with the focus being always on equity. It was also emphasised that anyone willing to join the fight should cultivate a strong sense of empathy. Another need of the hour that was expressed was the need to root out violence from all areas of life as no form of violence can ever be justified

All these discussions were accompanied with multimedia presentations and group activities. 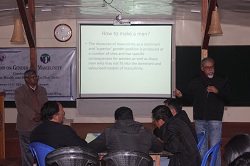